While it is hard to pinpoint the exact signs and symptoms of cerebral palsy because they vary so widely, the main indicator of a potential diagnosis is a delay in achieving motor milestones. Some signs that a child might have cerebral palsy include:

If you detect any of these symptoms in your child, it is recommended that you consult a cerebral palsy specialist who can advise you on treatment plans. 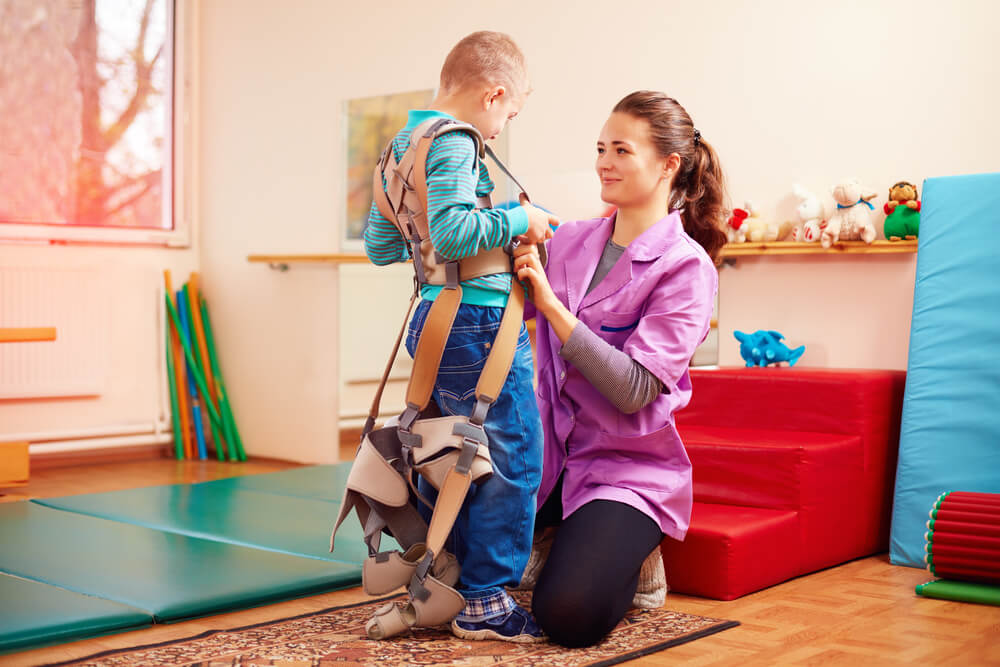 What Are the Developmental Milestones Your Baby Should Reach?

One of the major indicators determining a cerebral palsy diagnosis is your baby’s developmental progress against key milestones.

The average six-month-old baby will:

The average nine-month-old baby will:

Major milestones by one year

The average one-year-old baby will:

If your baby is not able to crawl or stand without support, doesn’t point to objects or say single words like “mama” or “dada,” or if they lose skills they once had it might be time to consult a doctor. Routine baby check-ups are particularly important because healthcare providers will evaluate your baby during each visit and monitor their progress against age-appropriate milestones.

Seizures are a common cerebral palsy symptom, affecting nearly one out of every three people diagnosed with the disorder.

Vision impairment is common among patients with cerebral palsy. As many as 50-90 percent of cerebral palsy diagnoses are accompanied by a vision problem of some sort.

Strabismus is among the most common cerebral palsy-related vision problems. A misalignment of the eyes, strabismus causes one or both eyes to turn inward or outward, up or down, making it difficult to focus on objects. Strabismus is sometimes called “crossed-eyes.”

Children with cerebral palsy may also have a greater risk for hearing loss. In a 2018 study conducted by the University of Cincinnati Medical Center of 940 cerebral palsy pediatric patients, 39 percent displayed hearing loss symptoms.

A possible cause of hearing problems is anoxia, or oxygen deprivation during labor and delivery.

Joint problems are an especially prevalent symptom for those afflicted by spastic cerebral palsy due to the difficulty in preventing “contracture,” or extreme stiffening of the joints caused by an unequal pull of one muscle over another. If you notice this stiffening occurring, seeking help from a physical therapist or developmental pediatrician may be beneficial.

Some behavior problems may be linked to cerebral palsy. While it is normal for young children to throw the occasional tantrum or cry and yell when they are upset, if misbehavior is frequent or particularly severe it may indicate a behavioral problem. Some research suggests that children with cerebral palsy have a higher risk of developing mood disorders like extreme mood swings, high anxiety levels, temper tantrums, prolonged crying, and social withdrawal.

Is Hypertonia in Infants Synonymous with Cerebral Palsy?

When your child suffers from the condition known as hypertonia, they will have difficulty with flexing and movements, rigid muscles and muscle tension even while resting. Typically, when this condition happens, it happens because the child suffered an injury to their central nervous system. This can happen either during childbirth or even after childbirth depending on the circumstances. In addition, the muscles don’t work right because of how the motor pathways within the central nervous system were damaged. Infant hypertonia can especially prove frustrating because of how it requires prolonged medical care and ongoing therapy for the child to recover correctly.